The Oakleigh Plate is a Group 1 race which takes place at Caulfield Racecourse over 1100m in February. The race was first run in 1884 and won by Malua.

Not only did Malua win the first Oakleigh Plate he went on to win a Newmarket Handicap then later in the Spring returned to win the Melbourne Cup.

One of the iconic sprint races of the Melbourne Autumn carnival it is the middle leg of the sprint series squeezing in between the Lightning Stakes and the Newmarket Handicap.

Usually no place for the faint hearted as the pace is always on and can be a speed battle throughout. Last year produced a thrilling finish and the judge could not split Celebrity Queen and Portland Sky.

The mare Dual Choice was the first winner in consecutive years when she took out the Oakleigh Plate in 1971-72. 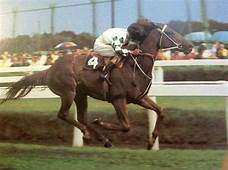 The mighty W.A. sprinter Placid Ark had won the Lightning Stakes before taking out the Oakleigh Plate in 1987 before going onto Flemington and completing the sprint treble with a victory in the Newmarket Handicap.

The last favourite to win the Oakleigh Plate was Russian Revolution (2018) and when he started at $4.60. The Oakleigh Plate being a handicap always lends itself to be a chance for the lightweight longshots to take Group 1 glory.

Under handicap conditions the minimum weight for three-year-olds is 50kgs while minimum for four-year-olds 52kg. Look for in form sprinters who have got in under the eye of the handicapper.

The Lightning Stakes has been the traditional lead-up with horses such as Dual Choice (1971), Placid Ark (1987), Schillaci (1992) and Fastnet Rock (2005) have completed the double. Other than the Lightning the Rubiton Stakes run at Caulfield has also been a pointer to this race.

The most exciting up and coming sprinter in Victoria. She is unbeaten in all six starts and improving each time she steps out. Relished The Valley when she jumped and led the G2 Australia Stakes throughout. Her first try out to Group 1 level and that is a test but she has drawn perfectly and no reason she cannot win again.

Away Game is such a consistent mare. She ran on hard when placed here first-up from spell then went up for her annual pilgrimage up north for the Magic Million and she ran a super race to place behind the smart Isotope. Placed in two of her three runs at Caulfield and she will be steaming home final stages.

Malkovich could be the surprise package in this. He was well supported first-up at Randwick last start and only faded final stages. Sure to be better from that outing and he races well around Caulfield (3:1-2-0). Will be big odds but he is a must for exotics and multiples.