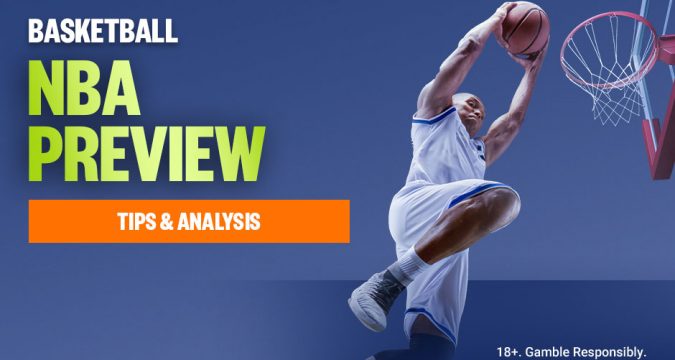 The daily preview it to the rim with NBA tips as Dallas Mavericks and Minnesota Timberwolves meet in a crucial clash in the context of playoffs positions.

Final Thoughts: Fifth hosts sixth in this Western Conference duel, but Dallas Mavericks are looking to arrest a two-game slide while Minnesota Timberwolves are aiming to continue their run as one of the NBA’s hottest post-All-Star break teams.

Both teams have a real shot at finishing with home advantage in the First Round…or dropping back into the dreaded play-in tournament.

The 43-26 Mavericks won eight of nine games before finishing their five-game roadstand with losses to the 76ers (111-101) and Hornets (129-108). Luka Doncic scored 37 points in Charlotte but was the only Mavs player to post more than 10 points.

Dallas are reasonably healthy, with long-term absentee Tim Hardaway and Theo Pinson the only players out. Davis Bertans (knee) is questionable. Reggie Bullock and Spencer Dinwiddie are crucial additions today.

The 42-30 Timberwolves have surged up the standings with 10 wins from their last 11 games. After pumping LeBron’s Lakers 124-104 on Thursday (AEDT), the T-Wolves overwhelmed a Giannis-less Bucks 138-119 two days ago.

Karl-Anthony Towns has been in devastating form, dropping a career-high 60 points plus 17 rebounds on San Antonio last week. With Anthony Edwards, D’Angelo Russell and Patrick Beverley form a strong core with KAT, along with a handy bench, Minnesota are making big waves in the West.

Towns (arm) is listed as questionable for today’s game.

The teams have split their two encounters this season, clashing twice in the space of three days in December. The Timberwolves prevailed 111-105 in Minneapolis with Towns (24 pts, 7 reb, 6 ast) leading the way, but the Mavericks responded with a 114-102 victory in Dallas with Jalen Brunson (28 pts, 6 ast, 3 stl) prominent. Towns put up 26 points, 14 rebounds and 7 assists in a losing effort.

Towns’ availability could swing the advantage back the Mavericks’ way, but I can’t ignore the underdog T-Wolves’ hot offensive form.