The Chipping Norton Stakes is a Group 1 race ran over the 1600m at Royal Randwick at weight-for-age conditions. The race was originally run at Warwick Farm but became a permanent feature at Randwick during the Autumn Carnival in 2016.

The Chipping Norton Stakes has become a strong lead up race for races such as the Doncaster Handicap and Queen Elizabeth run late in the Autumn. It is one of the first Group 1 races ran in the Sydney Autumn and gives a good grounding for the best of the Australian Turf to launch into an Autumn campaign.

When Tie the Knot won this race four years in succession 1999 to 2002, it was hard to believe that in our lifetime we would see another feat like it but that was before Winx came on and she was dominant winning four in a row between 2016 to 2019 and made this race her own. 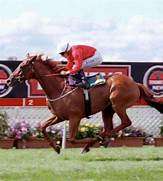 The mares have been dominating in recent times but we are talking about freaks in Winx and Verry Elleegant. It has not been a good starting point for three-year-olds. The last three-year-old to win the Chipping Norton Stakes was He’s No Pie Eater (2007) and would be steering away from the younger horses unless he/she is a superstar.

Who can forget the strong win of Verry Elleegant finishing too well to win the Chipping Norton Stakes here last season before going on to win the Melbourne Cup later in the Spring. Expect that Chris Waller will again target this race for her star mare and she will be hard to beat again.

The likelihood of heavy ground sways me to Melbourne Cup winning mare Verry Elleegant. She certainly will not be fully wound up for this but she won the G1 George Main over 1600m when second-up last time in work and the wet track makes her the one to beat.

Colette finds another leg on heavy ground. She is unbeaten in three heavy track runs and her run on unsuitable firm ground first-up in the Apollo was outstanding. She gets he preferred conditions on wet ground and would not be surprised to see her win this at each-way odds.

Montefilia can produce a run first-up from spell as her record suggests (4:1-0-2). She has won on heavy ground and although well held in recent trial that should top her off for this. Placed in the Chelmsford behind Think it Over when fresh last time in work and with likelihood of wet conditions expect she will be right in the mix at odds.