The Blue Diamond Stakes is a Group 1 race for two-year-olds ran at Caulfield racecourse in the Autumn and carries prizemoney of $1.5 million. It is run over 1200m under set weights and is the major two-year-old race in Victoria.

First run in 1971 it was won by Tolerance trained by the “King of the two-year-olds” in Angus Armanasco and ridden by Roy Higgins. 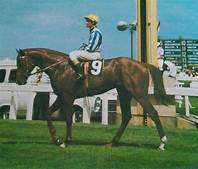 Always difficult to predict the early juvenile races as they can improve quickly through their first couple of campaigns but the Melbourne Racing Club have set up some clear paths for the Blue Diamond with lead up races separated by gender with a Blue Diamond Preview (Colts & Geldings) & (Fillies) then the Blue Diamond Preludes (Colts & Geldings) & (Fillies) and they have proven to be sound lead up races to the Grand Final in late February.

It is important to find a two-year-old that has winning form behind him/her. Of the last 11 runnings of the Blue Diamond only two winners have not won their previous starts, the most recent not to have won his previous start was Tagaloa (2020).

The last favourite to take out the Blue Diamond was Written By (2018).

Many of the winners of the Blue Diamond will progress to Sydney and take on the Golden Slipper but the last horse to complete the double was Sepoy (2011).

The Caulfield 1100m offers riders a long straight run until the only turn takes them into the home straight and the run for the prize. Barriers can be an important factor especially if horses are still stuck wide without cover rounding the turn. Always favour those runners with speed drawn close to the rails.

The step back out to the 1200m is the winning move for Jacquinot. He produced a withering run to win over this track/distance on debut then went back to the 1100m of the Prelude and was held-up badly on the fence last 200m and arguably would have been right in the finish with clear running.

Damian Lane will not be letting him get boxed in here and will be looking for him to get to the centre of the track or beyond from the corner and if he produces the turn-of-hoof he showed on debut he will finish all over the top of these.

The Hawkes camp has kept this colt very quiet since his debut win in the Group 3 Chairman’s Stakes. Expect that he will have improved off that race experience and the way he finished the race off suggests he will be better getting out to the 1200m. Would not be surprised to see him be right in the mix.

This Godolphin owned filly really hit the line for an eye catching fourth placing in the Prelude. She gets an extra 100m here and from the back she could be the one to upset the favourites at enormous odds.